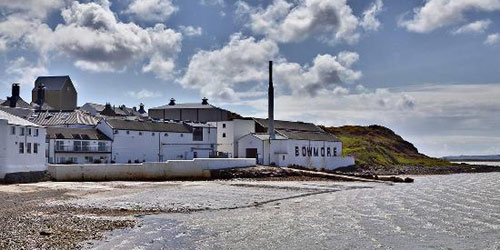 Bowmore Whisky Distillery, lying on the South East shore of Loch Indaal, is one of Scotland's oldest distilleries having been established in 1779. Advocating a traditional floor malting, Bowmore Whisky Distillery has an annual capacity of 2,000,000 litres. Fermentation uses traditional wooden washbacks before the liquid passes through four stills; two wash and two spirit. The waste energy from the Bowmore Whisky process heats a public swimming pool built in one of the distillery's former cask warehouses. Surrounded by breathtaking scenery, spectacular wildlife and welcoming locals, Bowmore is a place unlike any other. Perched right on the shores of Loch Indaal, the town is home to almost one third of Islay's population. Along with the distillery, Bowmore is known for its whitewashed houses, tiny, stone-built harbour and pier, and the iconic Bowmore Round Church, which sits at the top of Main Street, commanding impressive views over the village, Loch Indaal and beyond. 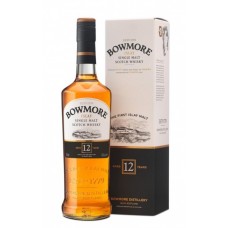 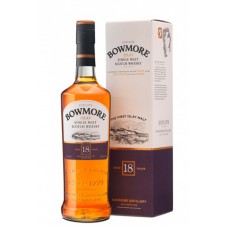 Bowmore 18 Year Old Single Malt Whisky was launched relatively recently in January of 2007. It was a.. 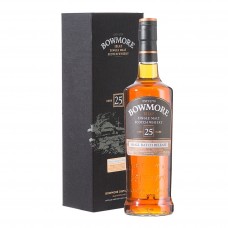 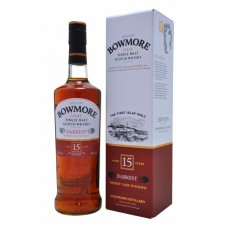 Bowmore Darkest 15 Year Old Single Malt Whisky is matured in a combination of both Bourbon and Sherr.. 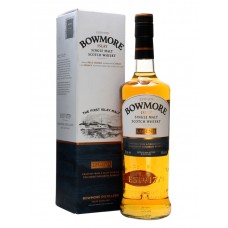 A nice, gentle single malt whisky from the Bowmore Distillery. Not layered or complex, but straightf.. 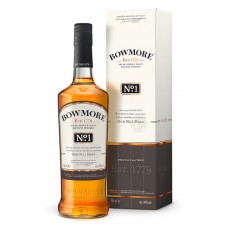 Bowmore No. 1 Single Malt Whisky is made from whisky pulled only from first-fill Bourbon casks. Ther.. 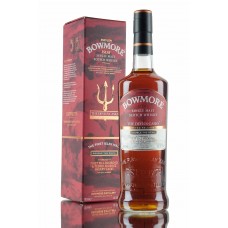 Many years ago, the good folk of the village of Bowmore gathered together to drive the devil out oft.. 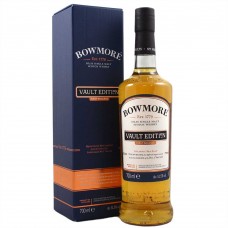 This is the first release in Bowmore's Vaults Edition series which was launched in 2016. Create.. 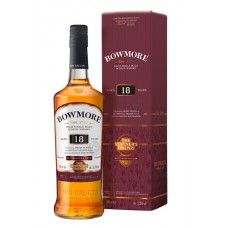 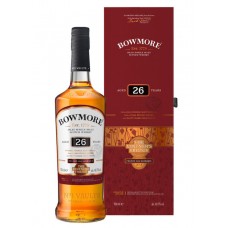 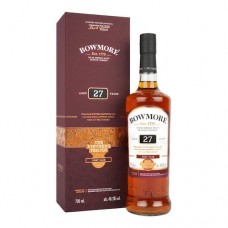