These complex Scotch whiskies are noted for their smokey characters and tones of the Atlantic Ocean which laps / batters (!) the shores of Islay.

The island of Islay, known as the “Queen of the Hebrides” is the southernmost of the Inner Hebridean Islands, located off the west coast of Scotland.

The picturesque Isle of Islay is currently home to eight whisky distilleries, producing whiskies unlike any other around the globe. Those distilleries are; Ardbeg, Bowmore, Bruichladdich, Bunnahabhain, Caol Ila, Kilchoman, Lagavulin and Laphroaig. 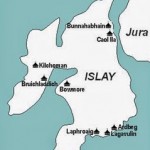 It is believed that the Irish monks first introduced the art of distillation to Islay during the early 14th century. Islay had many of the essentials in abundance for distilling whisky; it was a fertile island for growing barley, it had excellent pure water sources and it had plenty of peat.

Bruichladdich Octomore 6.3 is an Islay Single malt Whisky made from the most heavily peated barley in the world, sporting 228 parts per million of phenol in the distilled spirit. This very distinctive whisky is available on our website and if you want to sample a terrific output from the experimental Bruichladdich, give this unique expression a try! 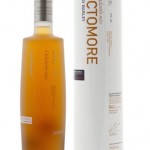 Having sailed on the west coast of Scotland for many years, I am privileged to have sampled all of Islay’s whiskies on their home (peated!) turf.

There are few better pleasures than sitting on an Islay beach, watching the sun go down, whilst sipping a dram from a distillery within your eyesight.

Islay single malt whiskies are rightly renown throughout the world for their unique character. If you haven’t tried any, I encourage you to do so. I don’t think you’ll be disappointed.