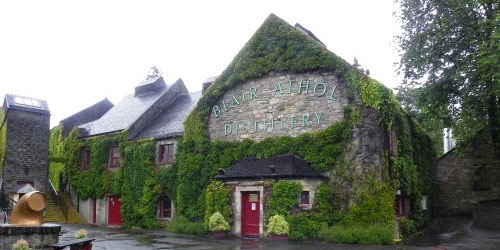 Blair Athol Whisky Distillery, located near Pitlochry in Perthshire, was founded in 1798 by John Steward and Robert Robertson and is one of the oldest producing distilleries in Scotland. Originally named "Aldour", after the Allt Dour Burn the Blair Athol Whisky Distillery draws it water from, the distillery closed down in 1932. The mothballed distillery was bought by Arthur Bell and Sons and wasn't opened again until it was rebuilt in 1949. In 1973 the distillery expanded and added two stills to the existing two. Blair Athol wins hearts through its contribution to the Bell's Blend, one of the most popular blended whiskies in the UK. If you visit Blair Athol for a distillery tour, you'll see how whisky is made from golden malted barley, water and yeast, distilled in traditional copper pot stills and matured in oak casks where the Angels’ Share is lost to evaporation during the maturation process. 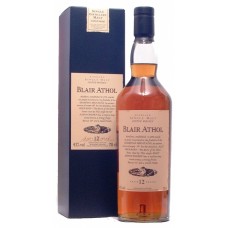