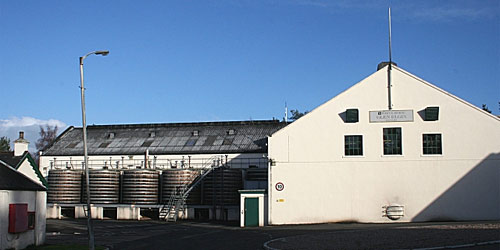 Glen Elgin Whisky Distillery was built in 1897 and lies three miles south of Elgin on the road to Rothes. The original Glen Elgin Distillery site was chosen for its water source and close proximity to the railway line, but unfortunately the water source proved to be inconsistent. The Glen Elgin Distillery persevered with several owners before becoming part of Distillers Company Ltd in the 1930's. Until the 1950's, the distillery was entirely operated and lit by paraffin with all machinery being driven by a paraffin engine and a turbine. It was a full-time job to keep the paraffin lights burning. Today, the distillery still proudly depicts the White Horse emblem and is part of UDV's "Elgin Group", along with Linkwood, Glenlossie and Mannochmore. The whisky is still a key component of White Horse blended whisky, which is exported to over 200 countries. The distillery has a huge storage capacity for malted barley; holding 400 tonnes - more than the 3 other distilleries in the Elgin Group combined. 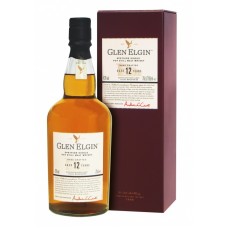 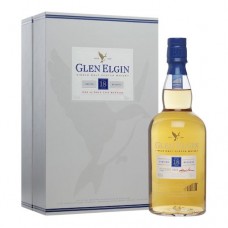