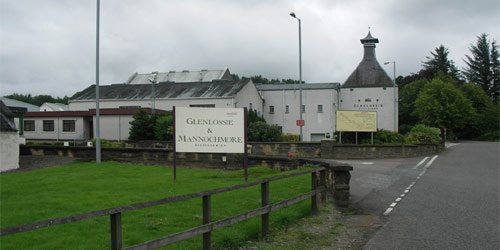 Mannochmore Whisky Distillery was built in 1971 and lies just south of Elgin, Morayshire. Unusually, it shares a common site and water supply with the Glenlossie Distillery, the common water source being garnered from the nearby Bardon Burn. Mannochmore Whisky Distillery is the larger of the two distilleries by a considerable amount, producing some 3.22 million litres per annum from its six stills. In just over 20 years after its construction, Mannochmore Whisky Distillery starting producing single malt Scotch Whisky. In 1996 the black Loch Dhu ("Black Loch" in Scottish Gaelic) single malt whisky was introduced, and has been gaining market favour despite (or because of) the rather unusual appearance and taste. After a brief re-closure in 1995, the distillery only produces for twelve months and then has a break of twelve months alternating with the nearby Glenlossie distillery, with which it shares the employees. 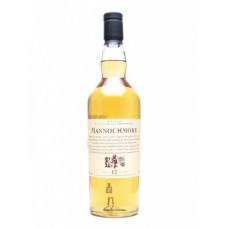 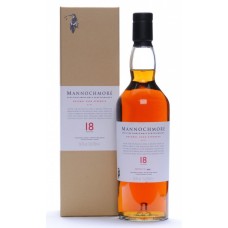 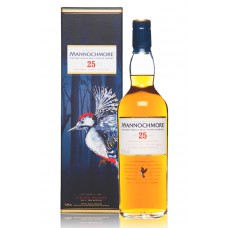 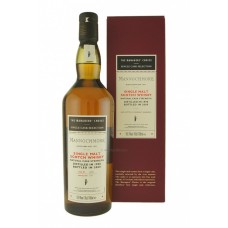 This Speyside single malt from Mannochmore released in April 2010, is part of the third batch in the..