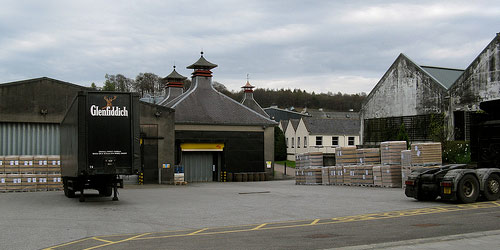 Glenfiddich Whisky Distillery was founded in 1886 when William Grant and his family started to build the Glenfiddich Whisky Distillery in the glen of the River Fiddich. The name Glenfiddich means "valley of the deer" in Gaelic. The first spirit ran from the stills on Christmas Day, 1887. In the 1920s, with prohibition in force in the USA, Glenfiddich was one of a very small number of distilleries to increase production. This put them in a strong position to meet the sudden rise in demand for fine aged whiskies that came with the repeal of prohibition. In the 1950s, the Grant family built up an onsite infrastructure that included coppersmiths to maintain the copper stills and a dedicated cooperage that is now one of the very few remaining in distilleries. During difficult times in the 1960's and 1970's, William Grant & Sons expanded their production and introduced a visitors' centre. From 1957 they packaged their whisky in distinctive triangular bottles. Glenfiddich is the world's best selling malt whisky. 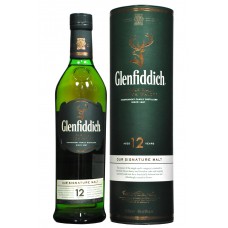 Glenfiddich 12 Year Old Single Malt Whisky is one of the world's best-selling malts. The Glenfiddich.. 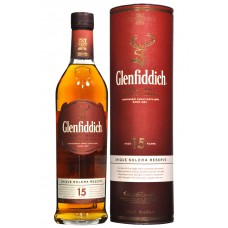 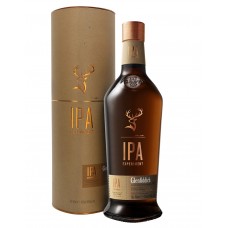 In the first experiment of its kind, Malt Master Brian Kinsman collaborated with Seb. Jones, an entr.. 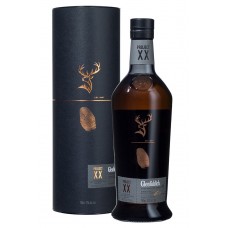 Glenfiddich Experimental Series - Project XX is the second experiment of the series. At Glenfiddich'..